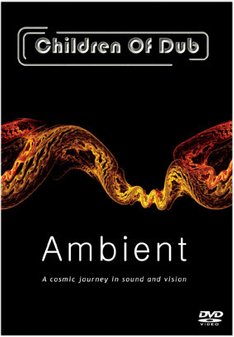 You can see some excerpts of the DVD on our YouTube Channel and watch all our other videos:

Released to commemmorate 20 years since the release of our first record, This special edition DVD, features chilled out and ambient tracks spanning the entire Children Of Dub recording career. The main feature contains a massive two hours of music and 19 tracks, set to stunning visuals for each song. The film was shot, edited and directed by songwriter/producer  Luke Eastwood, using both still and motion footage he photographed himself in Ireland, UK, Mexico, USA and India, together with additional footage from around the world. Also included are masses of special features, including 4 tracks and an exclusive interview. This is a limited edition of 500 copies and also the first 100 copies only are also signed by Luke Eastwood. Shipping is standard post unless by special arrangement.

Stay With Me (single)

A track from the album ESP from 1997, video directed by Luke Eastwood. This track was inspired by the Kit Williams book 'Masquerade'.

A track from the album 'The Silent Pool' from 1995. This video features on the DVD 'Ambient', directed by Luke Eastwood.

This is the re-recorded version from the 1st EP. the original version appears on the album 'The Silent Pool' from 1995. Including remixes there are 7 versions of this song! This video directed by Diva Arts and was shown on MTV at the time - it is the only video that was  made during the Diversity/magick Eye era.

An edited version from the 'Greed EP' in 1997, which was much longer, it also appears on the compiation album 'Evolution 1995-2001'. Video directed by Luke Eastwood.

A track from the album 'Digital Mantras' from 1998. This video features on the DVD 'Ambient', directed by Luke Eastwood.