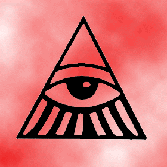 Released in 1997, the 1st single from the 'ESP' album. Featuring two versions, with David Riley on vocals, the first a dub trance workout and the second a mindblowing ambient jungle remix by former label mates Surge. Also included are two exclusive tracks: the trance stomper "Electronic Meditation" and the darkly ambient "Xehpa". Limited pressing on 12" only.

"This 12" is a liquid-nitrogen-cool sound combining deep reverbs and depth charged echos which float on a landscape where trance, dub, ragga and chill-out all collide head on" Dream

'Better known for their excursions into neo-dub this track (Electronic Meditation) of their new 'Greed EP' show UK act Children Of Dub in their trance mode. It will appeal to rock afficiandos as well, since ti's more 'psychedelic' than 'dance'. The title track 'Greed' comes in 2 mixes wich are more suited to after hours entertainment.' The Prisoner

'Many electronic trance cmusic composers, so appreciated at rave parties put a lot of refection and true skills into their music. This piece is a good dancing length and is certainly very well done.' Generator

'A limited edition 12" release of swirling and tranced out dub featuring vocals by David Riley. The title track is a piece of classic dub trance in the style of Trancemasters which is followed by Electronic Meditation.The b-side features a dreamy and chilled-out remix by Surge, ending with the equally chilled-out Xepha. four tracks of wonderfully chilled out and swirling dub trance.' Global Trance