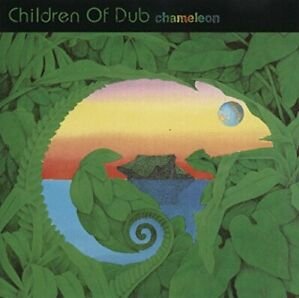 • They're Coming To Get Me

Released in 1996, the second album moves further into trance and trip hop but still with lashings of low frequency bass. This is a 13 song journey through ambience, dub, house and trance (including the single Adrenochrome) this album features Mick Lawlor (tin whistle) and Katie Hecker (percussion). A few double vinyls and CDs are still available.

Reviews:
"Another fine album of upbeat chill-out. This time also dubbed-out. In places it up-tempos itself onto the dance floor." Dream

"Their aptly named 'Chameleon' album wanders the branches of dance culture and takes on its different moods, from lush sweeps of orchestration to spiky get-up-and-groove numbers." WOMAD

'A Magick Eye release and a new band that combines the best of bands Banco De Gaia, Astralasia, etc. and mix it with trancey dub. Superb relaxing dub trance chill out sounds with an exotic ethnic edge' Trancecentral

'Chameleon has all the nips and tucks in the right places: the beats are straight out of the book, the synths go widdly widdly like you'd expect while the dubby basslines and echo-laden effects suggest it took more than a couple of Rizlas to complete the whole shooting match' Future Music

'A 70 minutes bubbling dance journey that gently satisfies... yeah we rather like it, good stuff.' The Beat

'The flow of this album is outtanding. By far the most consistent and beautiful album by this project... Chameleon is a one of a kind album in the Children Of dub repertoire, that can olnyt be understood with the other 3 albums.' Discogs