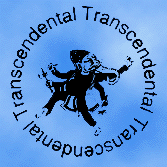 Released in 1995, the second single from 'The Silent Pool' album,  It includes a storming live version of the trance title track, captured at Megatripolis. Also features Andy Mowat's trance mix, an alternative and longer version of dub reggae "Dreadhead" and the Tantra mix of "Freedom". It reached no 14 in UK indie chart, deleted in 1996, only a few thousand were pressed, so it is hard to come by.

Reviews:
"Combining electronics with live instruments, Children Of Dub delve into the territiroy of dub reggae, house and ambient with this excellent new 12" on Diversity Recording" Dream

'A worthy four tracker' The Prisoner

NO LONGER AVAILABLE  IN PHYSICAL FORMAT (except 2nd hand)