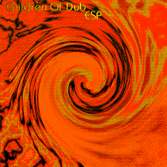 • Bliss • Theme For The Cities

Released in 1997, the 3rd album draws heavily on 70's dub reggae, combined with trance and drum n bass influences. It includes a version of the single "Greed", with David Reilly on vocals, and two tracks featuring Demian Castellanos - "Herb" and "Strange News From Another Star". Also included is the original version of the single "Rhythm Of Life". This album has a harder edge moving away from 'ambient dub' and heading further into 70s style dub and trance. It finishes with three tripped out ambient landscapes on a more moody, but still positive vibe.

"Leading the field in the under-rated dub scene, C.O.D. have turned in a sp(l)iffing album 8/10' Muzik

"An album of massive, rollicking bass lines at play with shuddering reverbed vocals and studio tricks reminiscent of some of the original dub maoestros." All Music Guide

'...a stonking fantastic album full of everything that makes C.O.D. so special - they have no real competition.' Sexual Chocolate

'Some albums bug me but this one just keeps growing better with each listen.' Wax

'This music fits the title. The very low bassis the bottom line. On top they weave layers of more subltle sounds: Tibetan bowls, pleasant electronic sounds, voice fragments in loops, reminiscent at times of tribal like singing, electronic percussions. A sensitive work of art, not the heavy going dub at all.' Kindred Spirit

'A band whose dub dance takes elements of The Orb, Adrian Sherwood, Lee Perry and Leftfield and mixes them up for those trance, dub, chill-out moments. Track 6 'Herb' enters Dreadzone territory, only played slow. Skin up, sit back and chill out , to coin a phrase!' Mixmag